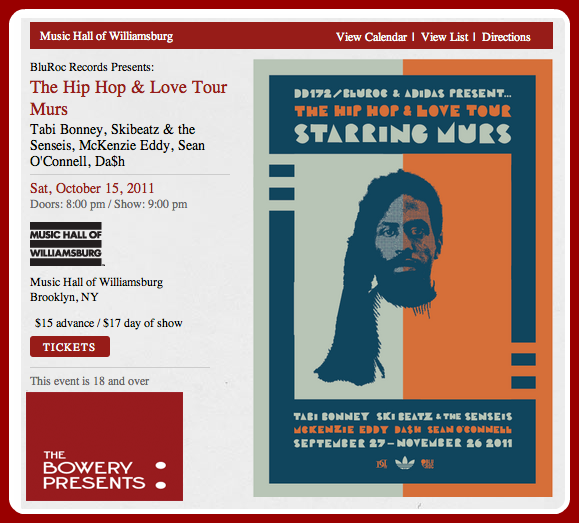 Ski Beatz is a producer and DJ who contributed tracks to Mos Def, Lil Kim, Fat Joe, and Jay-Z’s debut album. LRG caught up with Ski for a True Heads interview and took a tour of the DD172 Gallery, A.K.A, The 24 Hour Karate School Dojo. Ski speaks about his previous work and his take on today’s hip hop scene. Take a look at Ski’s dojo where all his creativity takes place right here. Album in stores now.

McKenzie Eddy releases her first mixtape project “A Prelude to my Next Excursion” featuring artists such as Curren$y, Nicole Wray, Wiz Khalifa, Sean O’Connell, SkiBeatz and much more.  More info after the jump.  >>DOWNLOAD FREE HERE<<

END_OF_DOCUMENT_TOKEN_TO_BE_REPLACED

DD172 is an umbrella organization that redefines the term "media collective" by showcasing art on a variety of platforms. DD172 supports and participates in the creation and distribution of works by artists, musicians, athletes, writers, and filmmakers.